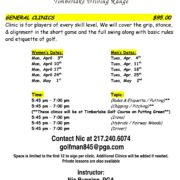 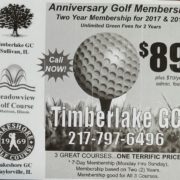 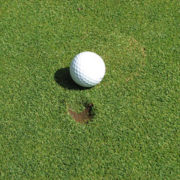 Let’s take a look at how to properly repair a ball mark to help maintain the health of the greens you putt on.

Repairing that little depression is very important. Equally important is doing it the right way.  Many golfers repair their ball marks correctly which is appreciated by the golf course superintendent and their fellow golfers.  Unfortunately, many well-meaning golfers who do repair the pitch marks, to do so incorrectly.

A ball mark can cause the grass in the depression to die, leaving not just a scar but also a pit in the putting surface that can knock well-struck putts offline. Repairing a ball mark restores a smooth surface and helps keep the grass healthy. But “repairing” a ball mark incorrectly can actually cause more damage than good. The biggest mistake it lifting up on the soil and grass which tears the roots and kills more of the grass around the mark. Incorrectly “repaired” ball marks take up to twice as long to heal as those that are properly repaired.

Here is a great short VIDEO from the USGA on properly repairing ball marks.

Visit us on our website or to BOOK a tee time https://timberlakegolfcourse.com/ 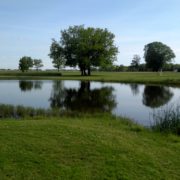 Call us for a tee time! 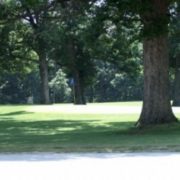 Come Visit Us This Weekend! 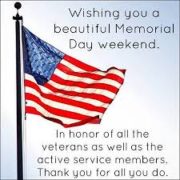 IT’S A BEAUTIFUL DAY AT 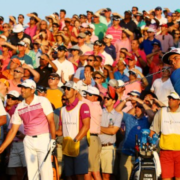 It is known as golf’s unofficial “fifth major,” but the Players Championship has an identity problem.

The prestigious event, with its famous island green 17th hole, has all the trappings of a major and is regularly touted as deserving equal status with the game’s big four tournaments.

But — and there is always a but — it is never quite seen in the same light as the Masters, the U.S. Open, the British Open or the U.S. PGA.

The Players, held at TPC Sawgrass in Florida, is the PGA Tour’s flagship event.

It boasts arguably the strongest field in golf, prize money on a par with the majors, a stunning, fan-friendly layout in the purpose-built Stadium Course, and by all accounts, unsurpassed hospitality for the players.

According to former U.S. Open champion Geoff Ogilvy, it is only a matter of time before the Players is elevated to major status.

“Time does a lot of things,” the Australian told CNN’s Living Golf.

“The Masters evolved into a major, it wasn’t meant to be one. There is a strong likelihood that in 20, 30, 40, 50, 100 years the Players might be the most important tournament in golf.”
Rickie Fowler tees off at 18 in a playoff for the 2015 Players title.

Rickie Fowler, who won last year’s tournament in a three-way playoff with Sergio Garcia and Kevin Kisner, is already convinced.

“I feel like I look at this event as basically like a major,” Fowler told reporters at Sawgrass.

“It has the major feel, obviously one of the best fields we play all year, on a tough golf course.”

The tournament began in Atlanta in 1974 before settling, in 1982, into the new Pete Dye-designed Stadium Course at TPC Sawgrass on 415 acres of swamp land bought for $1 near Ponte Vedra Beach.

It was the brainchild of then PGA Tour commissioner Dean Beman, who wanted a site for the only tournament owned by the players of the tour.

This year, in its 43rd edition, the winner will take home a whopping $1.8 million, a payout matched only by the three American majors — and a little more than the British Open.

Alongside the bumper payday is the claim that whoever wins will have beaten the strongest field in golf: The Players features arguably the top 144 players on the planet.

The Masters, on the other hand, is invite-only, based on certain qualifying criteria and a field of about 90. Past champions and a smattering of amateurs and international players make up the numbers.

The U.S. Open and the British Open also have spots for qualifiers and amateurs, while the U.S. PGA reserves 20 or so places for its teaching professionals.

Then there is the Stadium Course itself — a layout hailed for its design, with no two consecutive holes running in the same direction, a tough test for players of all styles, and stadium-style vantage points for huge galleries.

And there’s also that iconic 17th green, surrounded on almost all sides by water which acts as a magnet to balls. A total of 45 balls drowned there last year, to the delight of the baying crowd.

There are even particular Players Championship traditions. Ever since Jack Nicklaus won the inaugural event, the victor has donated one of his winning clubs to the collection, housed in Sawgrass’ 77,000-square-foot, Mediterranean-style clubhouse.

The Players, then, has cash, kudos and character. So what’s holding back the major recognition?

The four modern majors came together when the Masters, run by the Augusta National, began in 1934.

All of golf’s major milestones are based on these events. Nicklaus holds the record with 18 major titles, while Tiger Woods’ pursuit has stalled on 14 majors. Rory McIlroy, Jordan Spieth et al are busy chasing these landmarks.

Then there is the “grand slam” — holding all four majors at the same time. No player has achieved the modern grand slam, and only five players have won a “career” grand slam of victories in all four majors at some point in their life — Gene Sarazen, Ben Hogan, Gary Player, Nicklaus and Woods.

“One of the things that sets the majors apart is the history to them makes the current year’s championship and certainly future ones all the more special.”

The Players, then, may tick all the other boxes but it can’t turn back the clock.

“I would say it’s fifth on the list of tournaments most guys want to win, except maybe their national open,” Ogilvy said.

“If it all stopped now I’d be happier there was an Australian Open on my mantlepiece and I wouldn’t miss the Players as much.

“The PGA Tour in the U.S., whether right or not, is generally the overseeing body of all golf — they have the most influence — so their tournament at their course, which keeps getting won by the best players in the world, at some point may be recognized as one of most important tournaments in golf.

“Possibly not in front of the two Opens but it could definitely evolve into that spot.”

For now, defending Players champion Fowler knows he is yet to claim a major title.

This is the event description…